there was an explosion of a Hyundai car loaded with a mobile oil tank. This car was put beside the military court of Azaz city (the old Sarai) in the Northern countryside of Aleppo.
This explosion resulted in 50 people were killed and many hundred others were injured, most of them were civilians women and children. The quantity of the explosive materials of this explosion was estimated about 7 tons of TNT material.
The emergency team of the Operation Department of The Syrian Mines Action Center (SMAC), immediately at the time of the explosion, went to the site of the explosion and detected the targeted region, and it had become sure of its safety. During the detection of the targeted region some people reported that there is a suspicious Hyundai car was put at one of the near streets of the region since four days without any information about it. SMAC team went there and detected the mentioned car and becomes sure of its safety without being there any damages 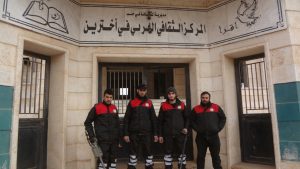 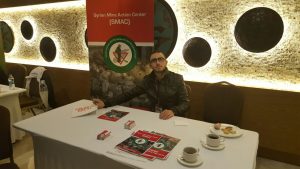 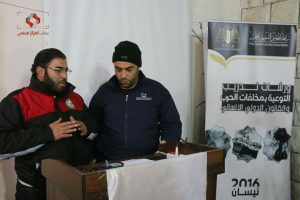